The CENOFIA project will offer a new qualification for members of works councils, trade unions and NGOs who will have to deal with the analysis of social reports: a challenge for newcomers to the trade unions’ world and CSR.

CENOFIA (Curriculum for Further Education of European Non-Financial-Information Analysts), is project funded by the European Union and focuses on the identification and documentation of the aptitudes and skills needed in the field of the Non Finantial Information (NFI) analyses of the companies.

The new analysts also have to deal with colleagues who have been analyzing economic and non- economic company information for decades. At the end of the project 'CENOFIA', therefore, we will offer a training course for the European social analyst. It will enable newcomers as well as experienced analysts to efficiently and structurally process social reports in order to make them useful for employee participation. The analysis tools should also be made freely accessible via an online platform.

Directive 2014/95 on the dissemination of non-financial information and diversity (IFN) will apply to large public-interest entities with more than 500 employees, ie approx. 6 000 large companies and groups across the EU. Following the implementation of Directive 2014/95, the demand for NFI reporting is expected to increase significantly, especially with regard to environmental, social and worker-related issues and respect for human rights.

Six partners organization and several business experts from different European countries participate in this project.CENOFIA is funded as a strategic partnership in the EU program Erasmus +. The project started on 01 December 2016 with a duration of 24 months and it is based on the knowledge developed in the project 'DimasoLab'. The project is reaching a good developing phase. It started in February 2017 and we will finish in November 2018 and we have finish the first seven workpackages by the end of 2017.

The lead organization is Arbeit und Leben (Germany).
The partner organizations are the following:

TRANSNATIONAL MEETING IN MADRID. May 2017. 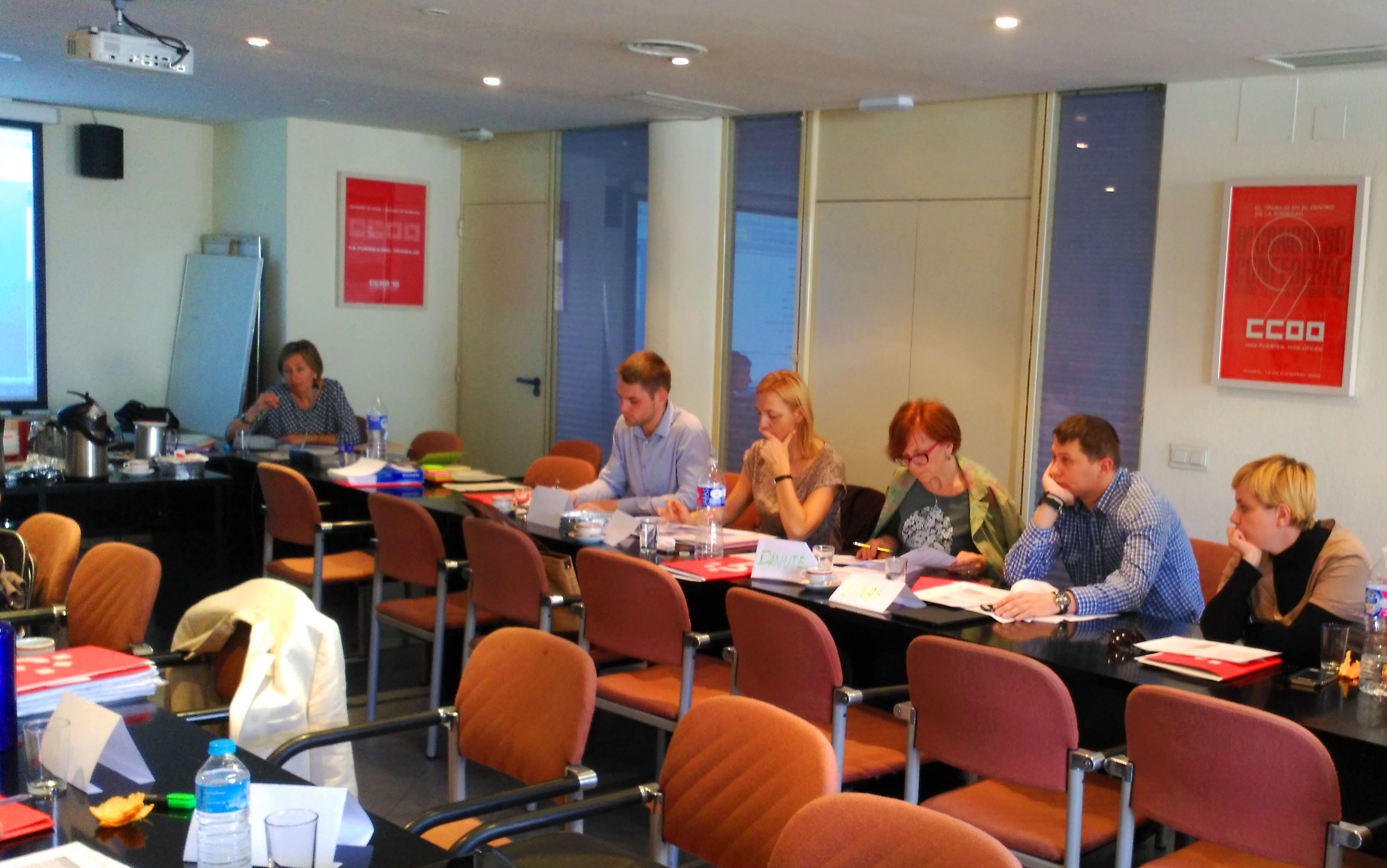 The second transnational meeting of the project was hold in Madrid on 10-11 May, 2017. It gathered 15 members from all organizations including members of the steering committee and experts.
The meeting brought about the first findings of the research, established a calendar to develop the intellectual outputs and defined the kind of tools and questionnaires to be used in the first workpackages.
Istas-CCOO (the Spanish partner) was the host organization and it will pass the witness to MGYOSZ which will organize the third transnational meeting in Budapest, on 7-8th November 2017.

OCTOBER 2017.
The partners have reached a consensus about relevant subjects of the curriculum for Analists and they have also drafts for the intellectual outputs 2-4